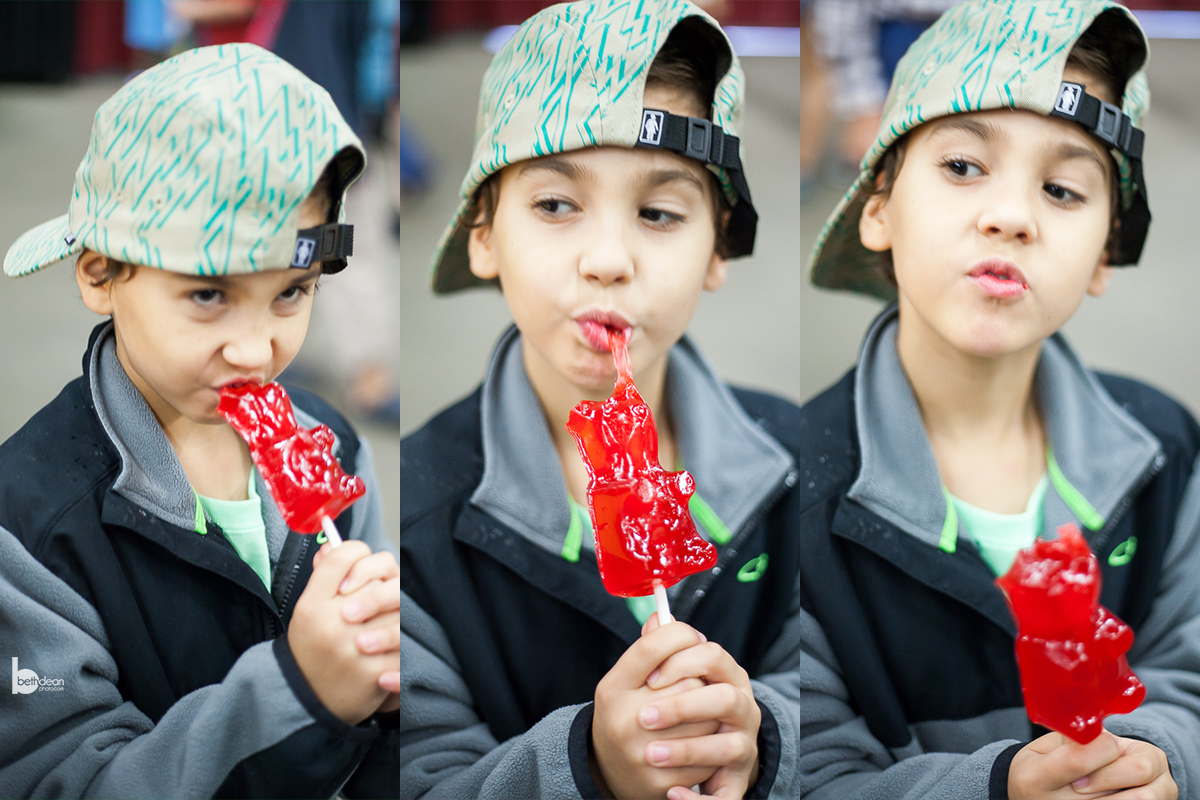 Featuring my own family on this one!

Another year, another great state fair of Oklahoma! This is our first year to all go to the fair as a family, which was really nice. Unfortunately, the weather had other plans and we spent most of the day cowering under tents or inside buildings to stay out of the rain. Didn’t even go near the rides. Fortunately, there was a lot to see inside! 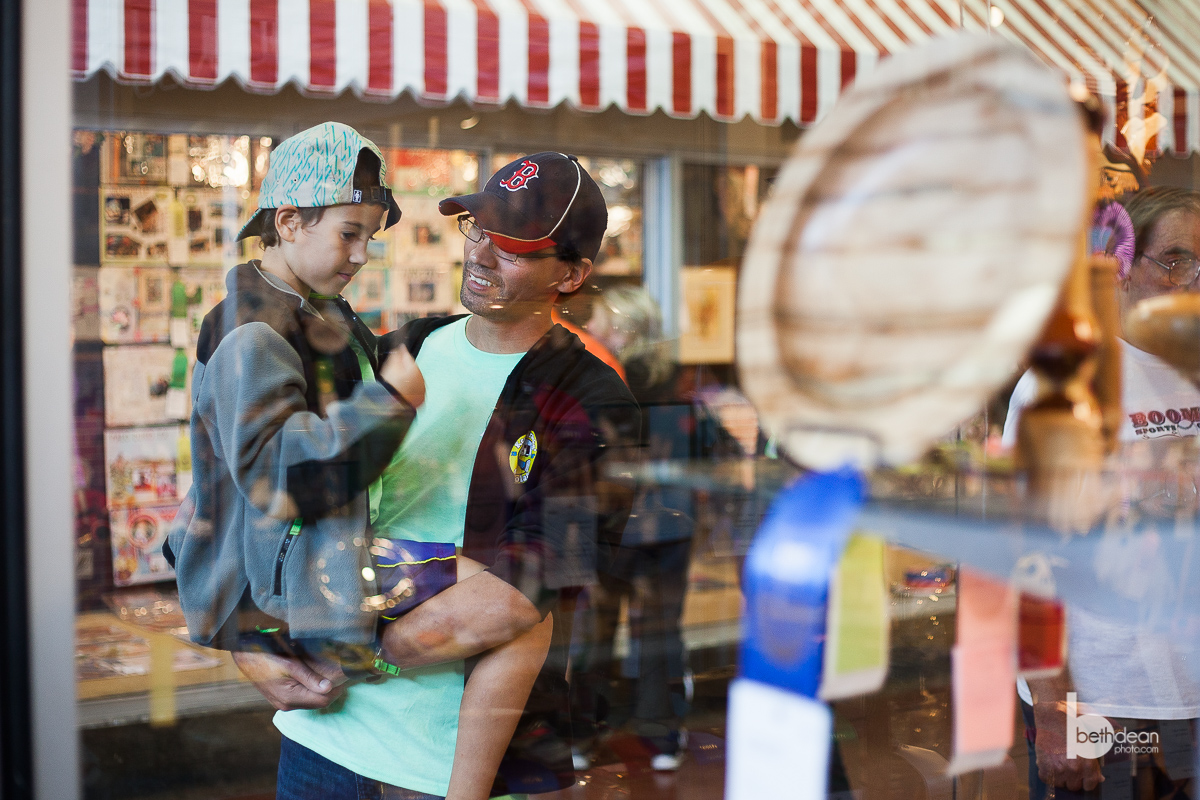 OK, enough of that. On to the important part: the food! This year, we decided that the anything-goes-food-fest that we did last year wouldn’t work out. It just left us sick and broke. Our approach this time around was to each choose one snack that we wanted to try. The boys both decided on the big deep fried gummy bears, but didn’t want to mess with all of the breading and cooking, so they just took the giant, nekkid gummy bear itself. Those things lasted foooorever. 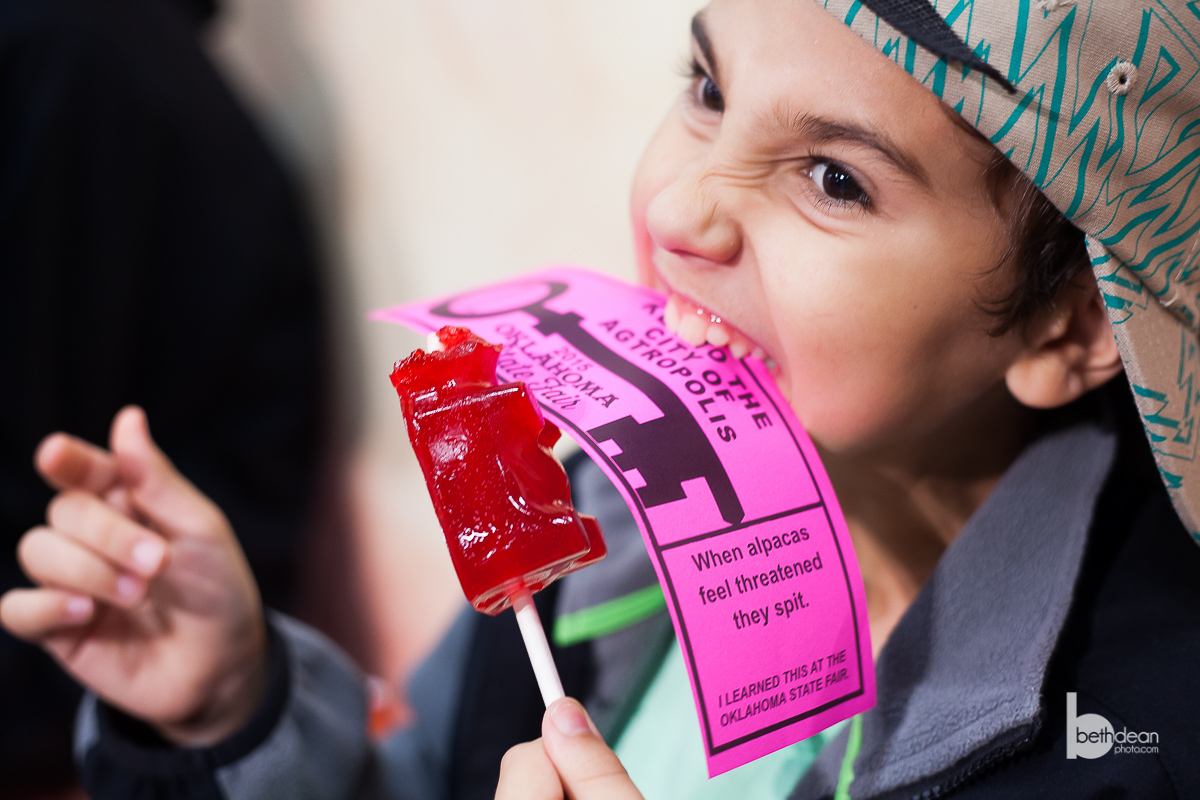 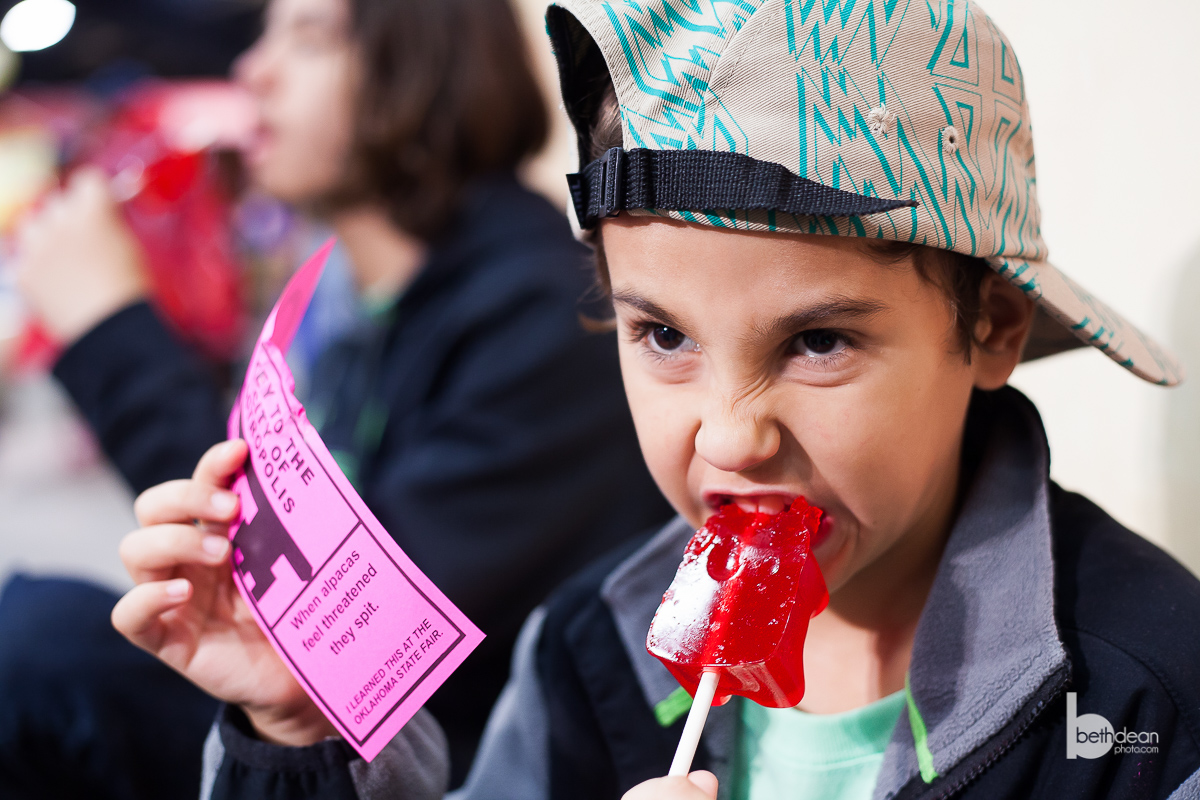 I tried the cheese curds on the advice of a very wise friend, and they were awesome! Very rich – I don’t recommend trying to power through them all yourself.

This was the year of the bacon. The ball and chain wanted to try the bacon-wrapped corn. Funny thing, the rain really picked up for a while there, but it didn’t stop people from going to the bacon stand. 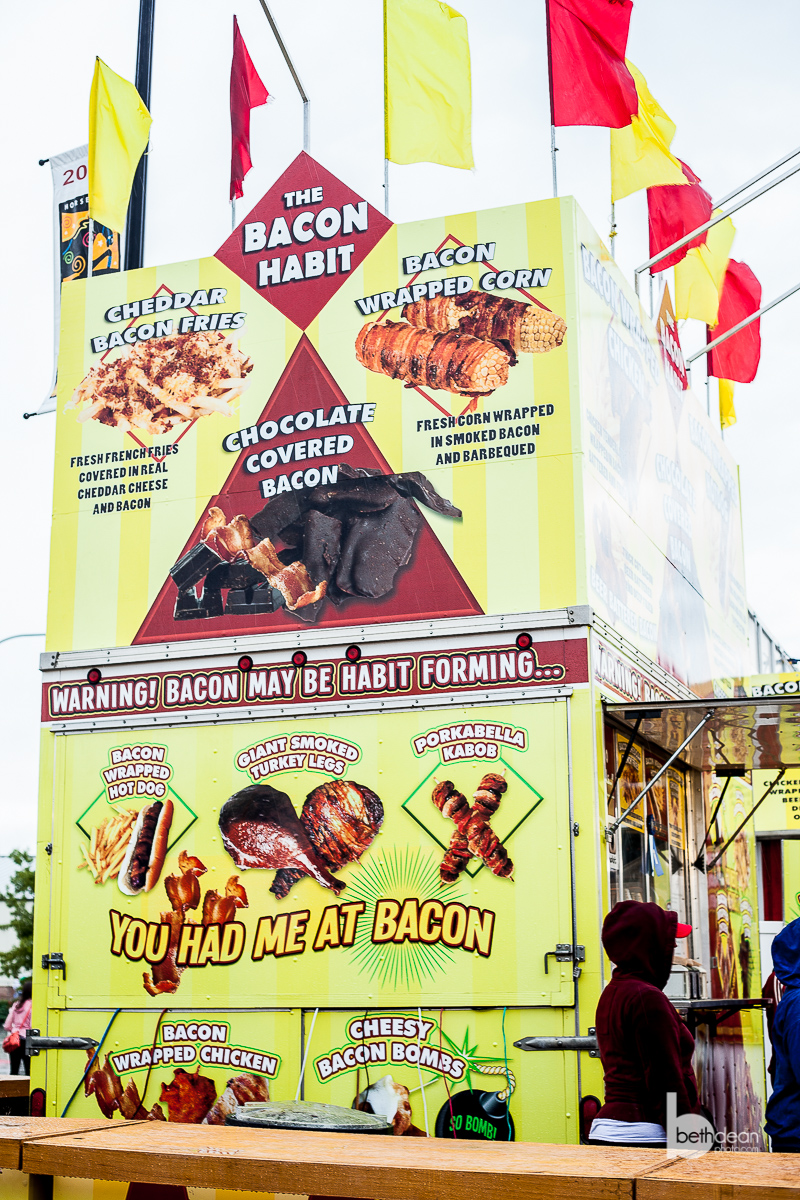 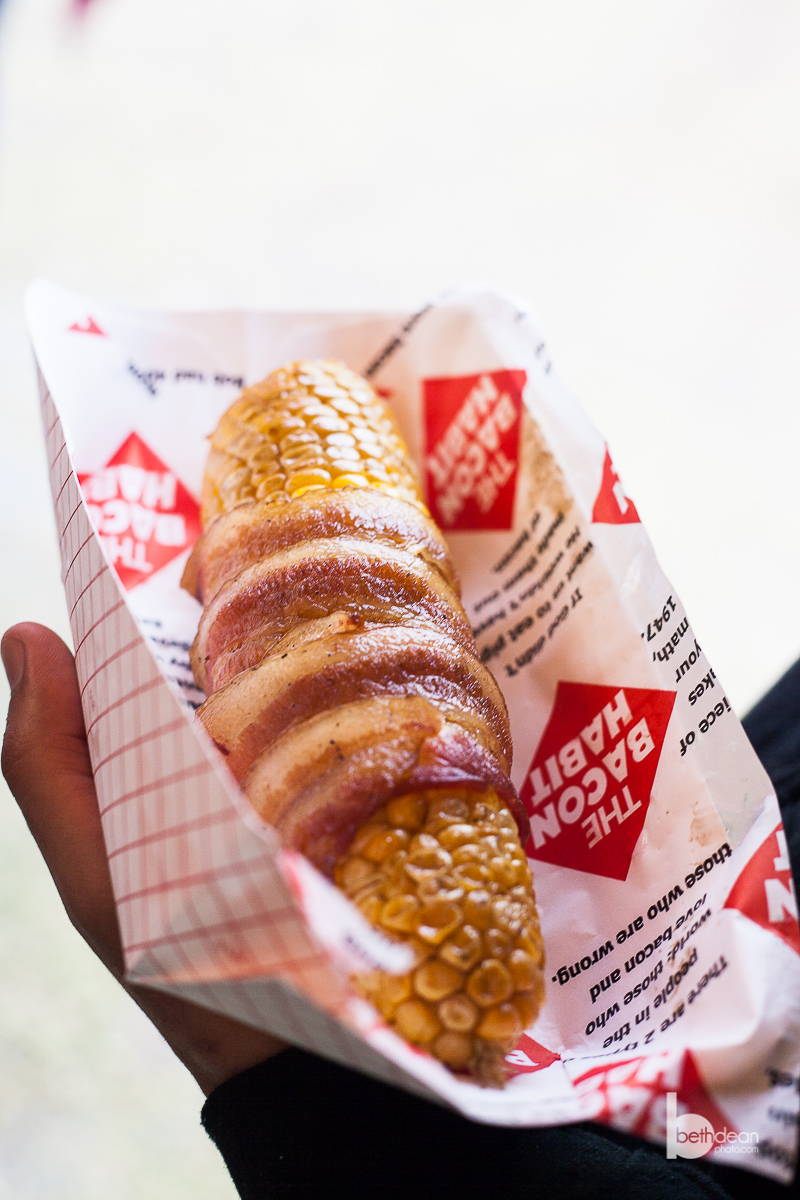 Have I mentioned it was really freaking wet outside? We were sloshing around in our shoes within the first hour. 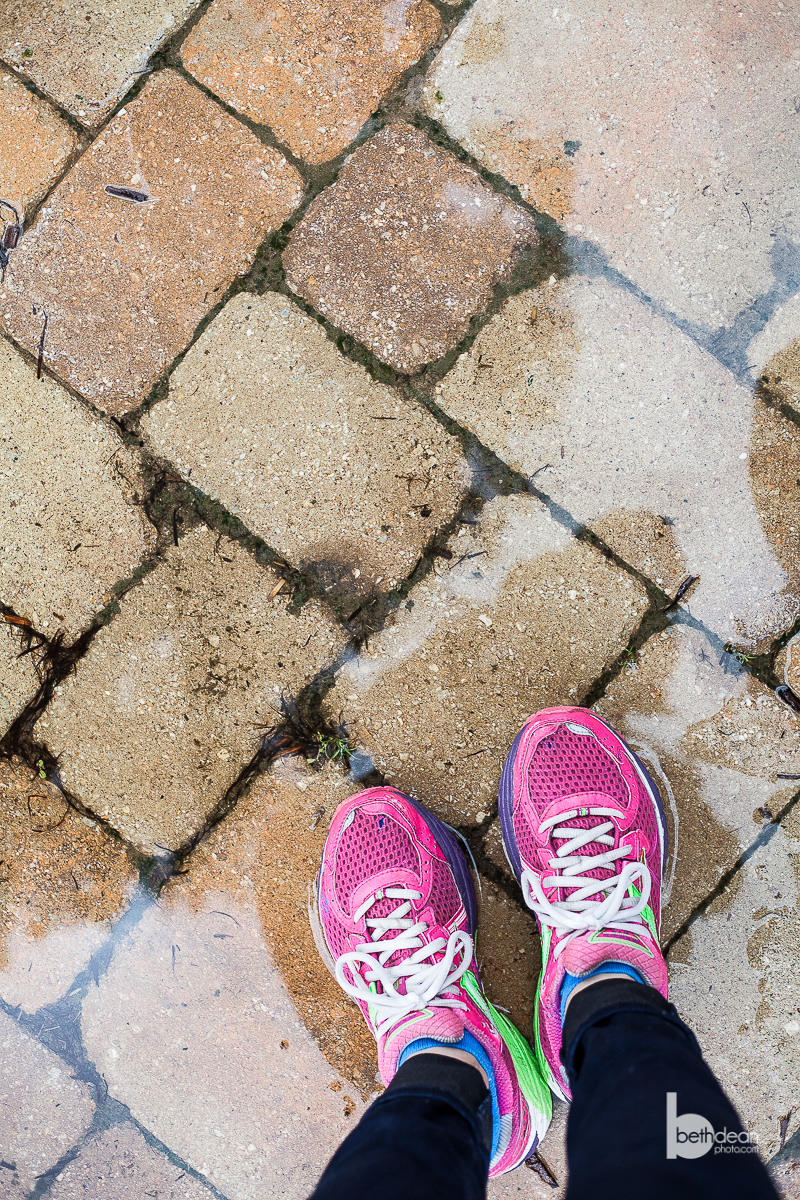 Jordan was really taken with the now defunct (since 2010) space needle. He actually asked me if that was what we used to communicate with aliens. I should have said yes. It makes me curious, though. I want to see photos of the space needle during its heyday when it first opened. Not having much luck with Google, but I’ll keep digging. I fear that this may be another piece of Oklahoma history that will be lost. 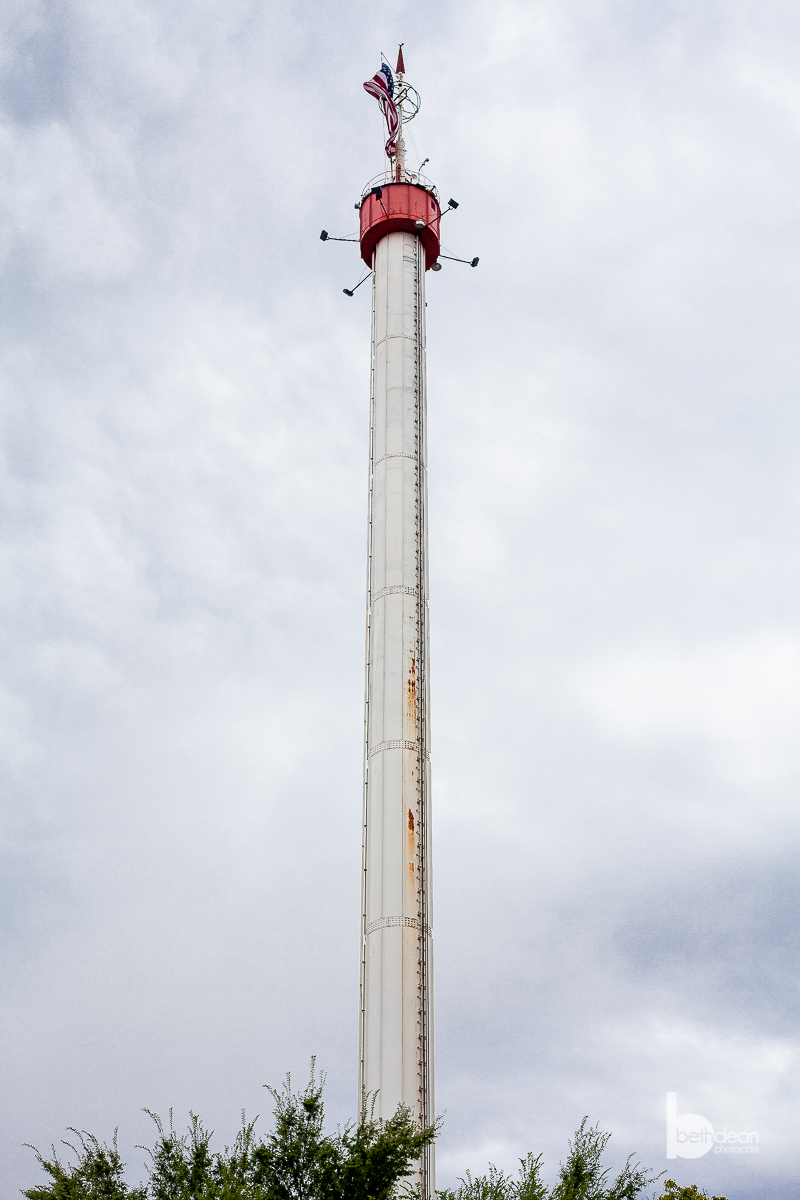 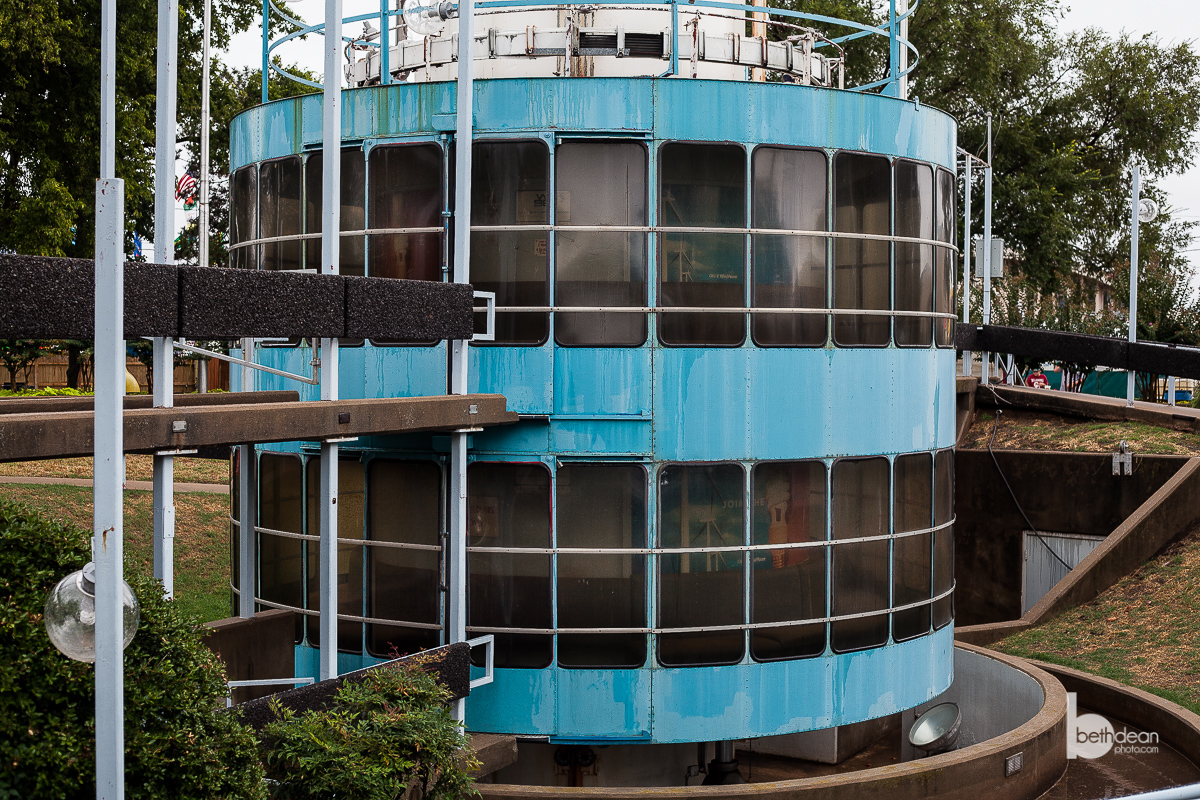 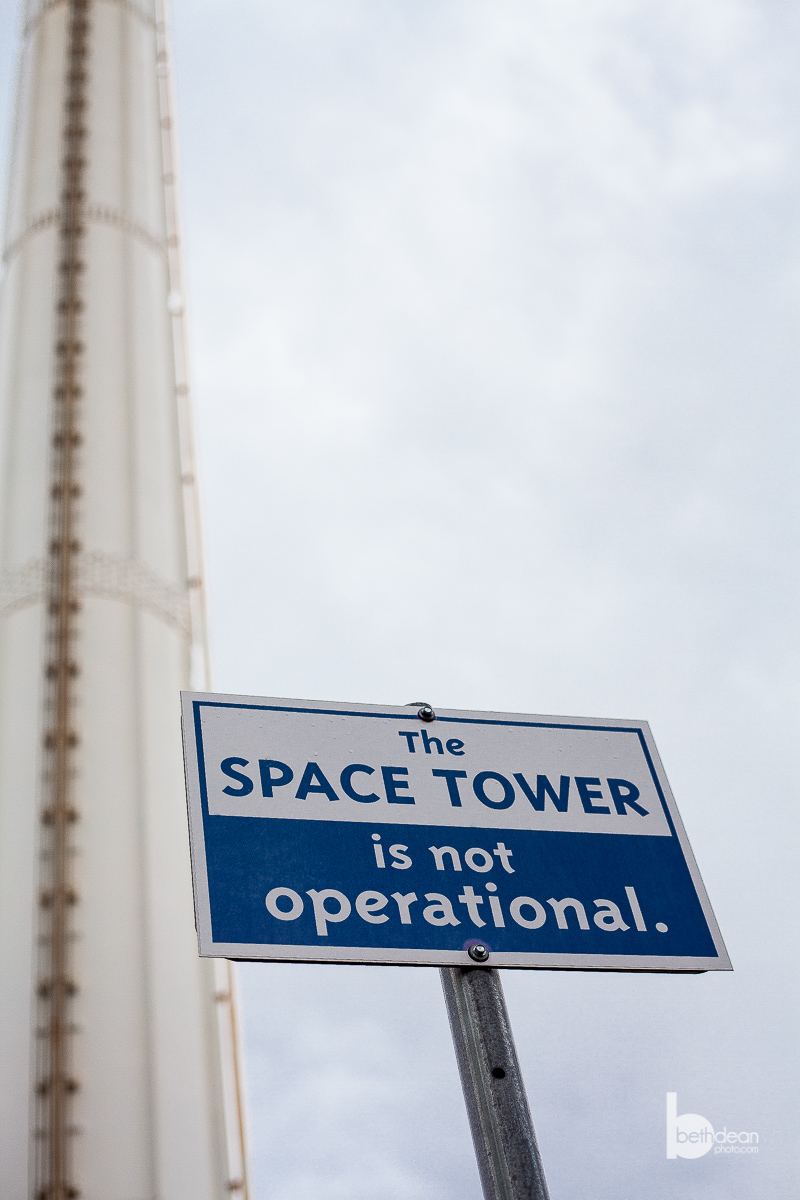 On the upside, Maps3 is in the works, expected to conclude around spring 2016. Next year’s Oklahoma state fair may be a completely different one from the fair we all know. Can’t wait to check it out!

Beth Dean is a digital & content marketer by day, photographer by night and weekends, and book blogger based in Norman, Oklahoma. You can find my latest photography projects at http://bethdeanphoto.com and latest book reviews and recommendations at http://readremark.com.

Sorry, the comment form is closed at this time.